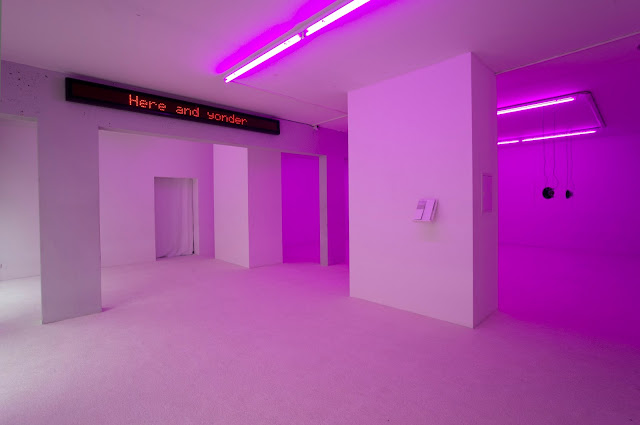 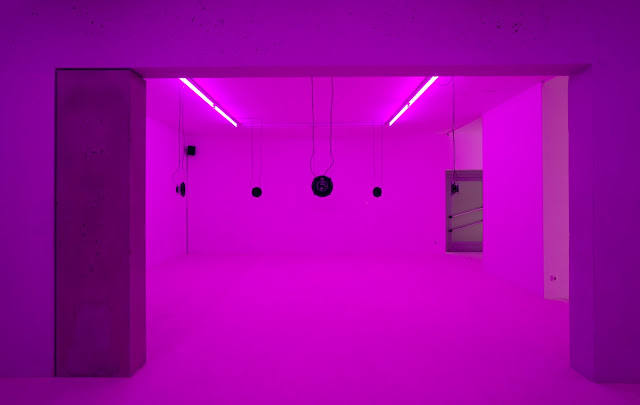 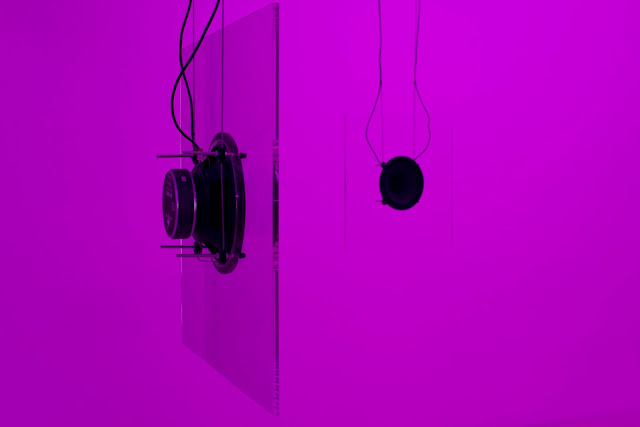 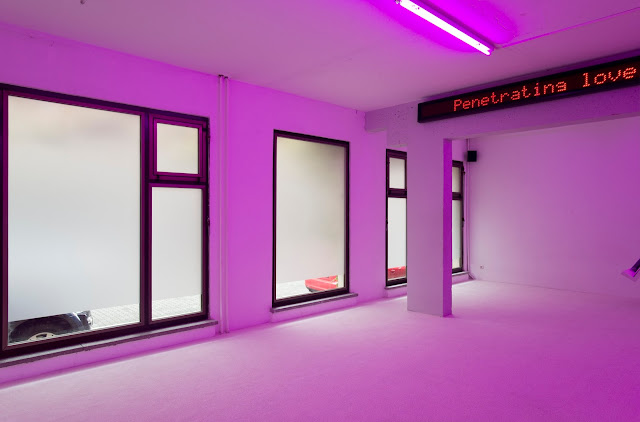 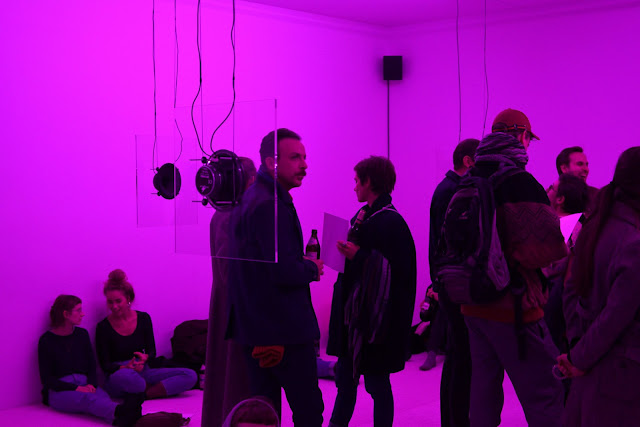 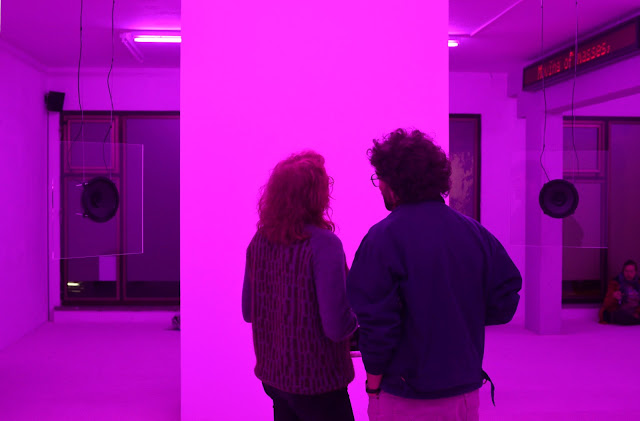 Three Songs for Soprano and Clarinet
I. Total Eclipse
II. To Be
III. Universal-Local
Duration: 8''10 (loop)
LED Board (Poems) 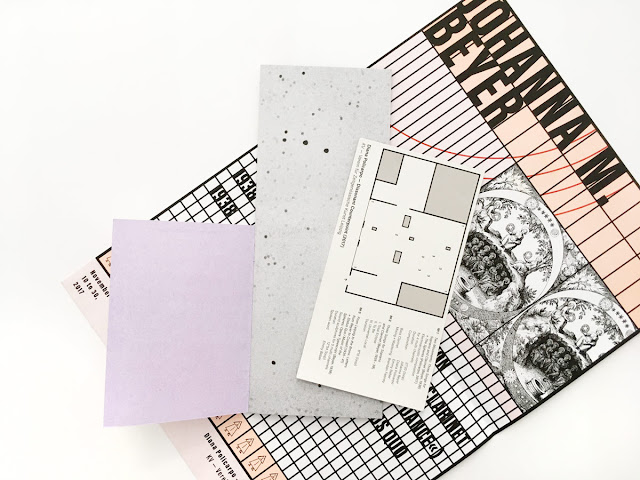 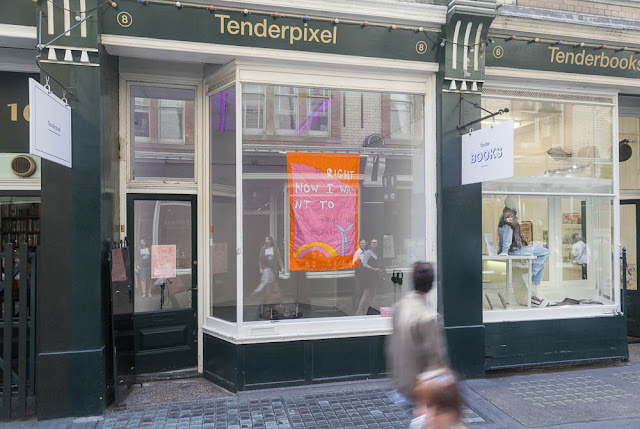 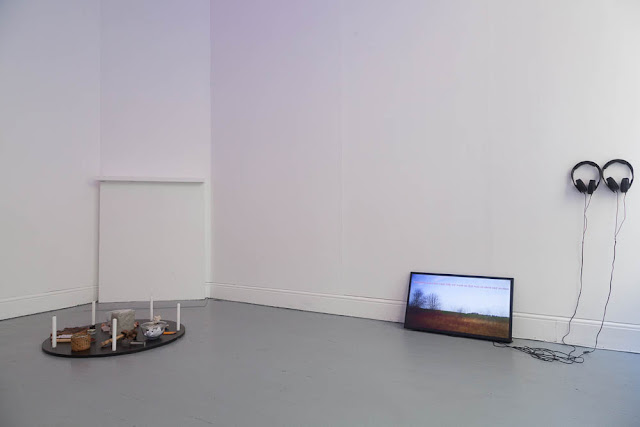 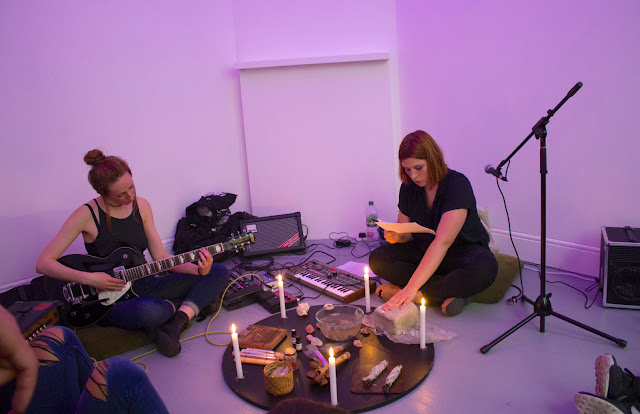 (...) As loving subjects, we tell ourselves sacrificial stories all the time: we are nowhere gathered together (3), and scramble to make sense of subtle gestures, decipher what’s behind late night text messages, and decode the rhythms of affection. The methods are diverse: find a fictional character that’s going through exactly the same thing, sing along to the pop song that just gets you, or carefully study astrological compatibility charts. When it comes to attracting the object of desire, we attempt to conjure our own magic: wear perfume, keep little secrets, create an air of mystery. These words and gestures are borrowed, as we have been repeating the same myths for centuries. And yet, they feel unique, giving us the precise affirmation we need for our solitary devotion. Like a pharmakon, these carefully measured rituals offer the momentary fix of being in control, while simultaneously exposing our fundamental dependence on such supplements.
‘The fiction of the fix’ brings together artists that share a concern with the rituals of the everyday, and how language, voice, and myth can become physical in their potency to attract. The works unabashedly devote themselves to a cause we can’t quite put our fingers on, allowing us to project our own obsessions. As they straddle the common and the supernatural, we are invited to give into superstition, exaggeration, and the cliché: discover the antidote in your own kitchen, and break the curse with your own two hands. 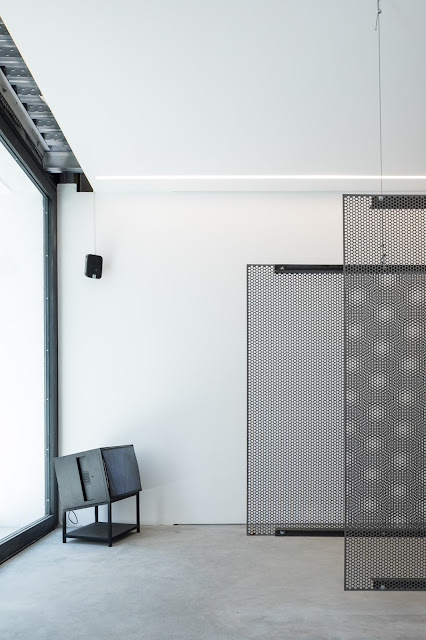 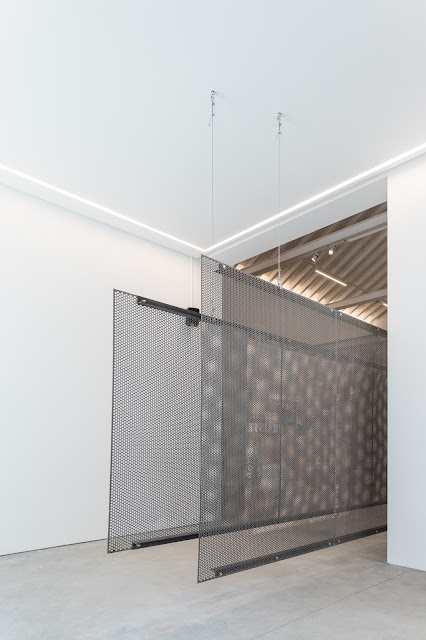 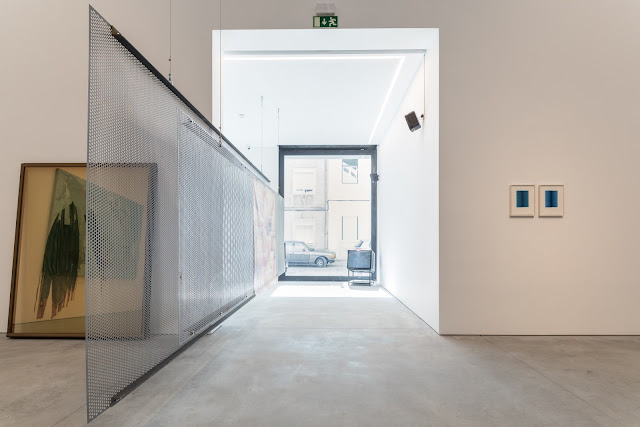 We are experiencing a critical period of change. Below the surface, tectonic forces have intensified unforeseeably, questioning previously stable contours of reality. Life is being defined by a sweeping notion of crisis which underlines the multilayered social embeddedness of ecology, economy, politics, representation and science. We are left to inhabit an interstice of fluid boundaries and to witness the friction of opposing movements and different perceptions of space and time; a transitional moment of hybrid conditions and arrangements in which new entities are taking shape. The word morphogenesis describes the development process of an organism’s form. It is a concept originally found in biology which here signals the current moment of transition.
This exhibition focuses on ideas such as transformation and difference, analysing the present and speculating about the future by looking at how change is affecting our notion of what life is and what it might become. The selection of artists included analyses how affect, capital, images, language, objects and systems are being constituted and transformed while circulating. Their combined investigations create a polyphonic map embracing the complexities and paradoxes of our current condition. J.L